The completion of the steel frame that will support the world’s largest high-definition video board was celebrated March 31, 2011 with a topping out ceremony that featured former Dallas Cowboy’s defensive end Ed “Too Tall” Jones.

Jones placed an American flag on the final girder, which was hoisted more than 110 feet in the air and secured atop the 500,000-pound steel frame that will hold the 165,000-pound HD video board. The girder measured 40 feet long with a 10-foot depth of bracing steel.

Galvan Industries galvanized all 250 tons of structural steel used in the construction to protect it from corrosion.  Galvan has worked on many large projects at the speedway over the years, but this one was special.

The design consists of six vertical trusses that stand 135 feet tall. Horizontal beams, platforms and diagonal bracing add support so the screen can withstand gusts up to 100 miles per hour.

“This is a unique application for what we do,” said David Prior, Galvan’s technical director. “Generally, we’re doing stuff you see every day and don’t even think about, like guard rails and sign posts.”

However, the American Galvanizing Association (AGA) has recognized the company many times for hot dip galvanizing excellence on large and unique projects. The Charlotte/Douglas International Airport Parking Decks, the Norfolk (Va.) Naval Base, and the National Gypsum manufacturing plant in Mount Holly, a 10,000-ton industrial project, are all AGA award-winners. 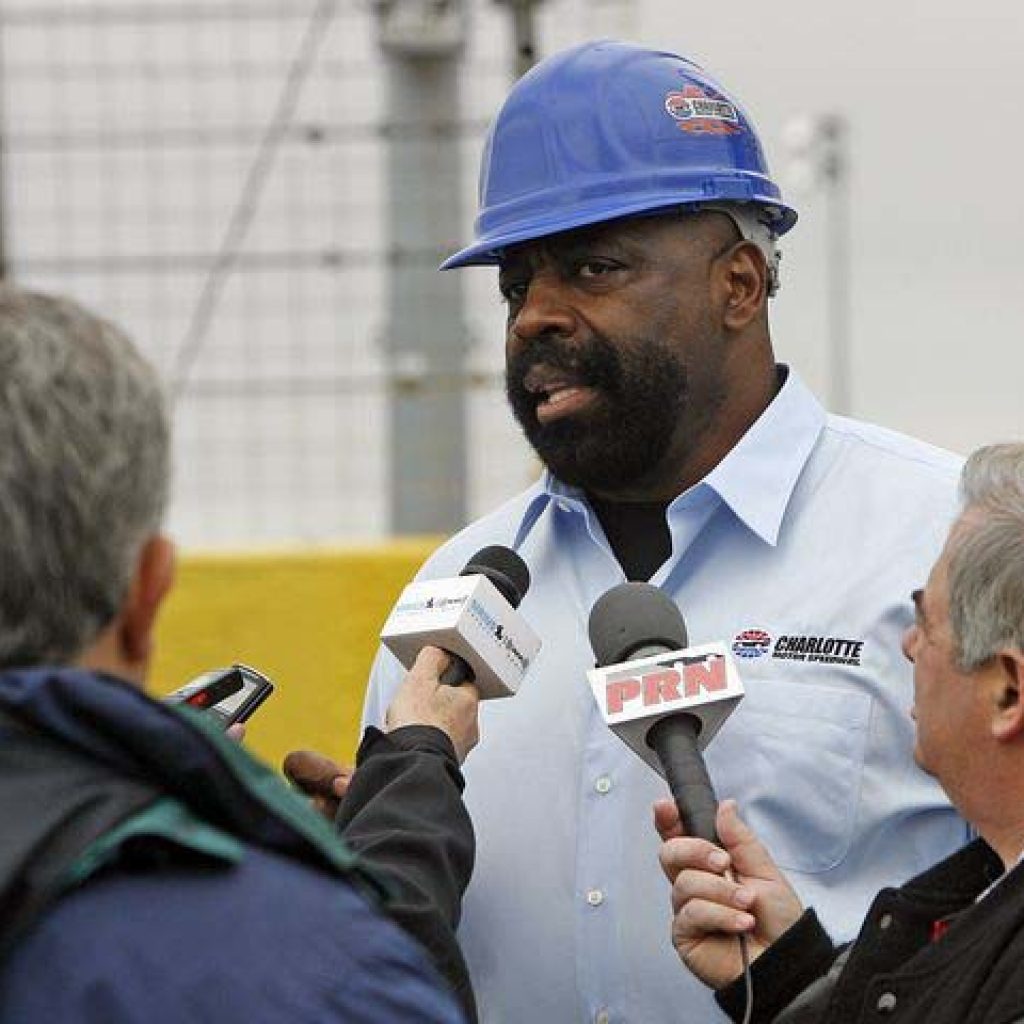 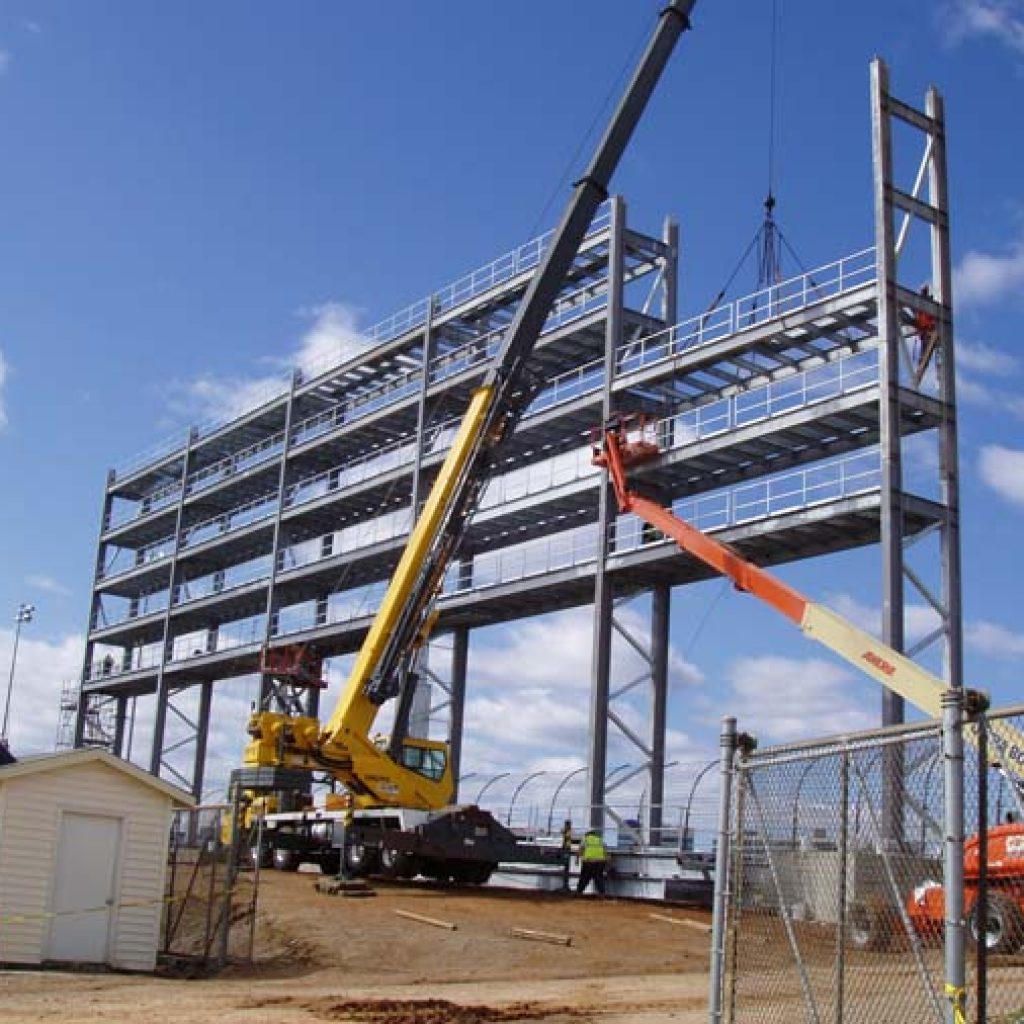 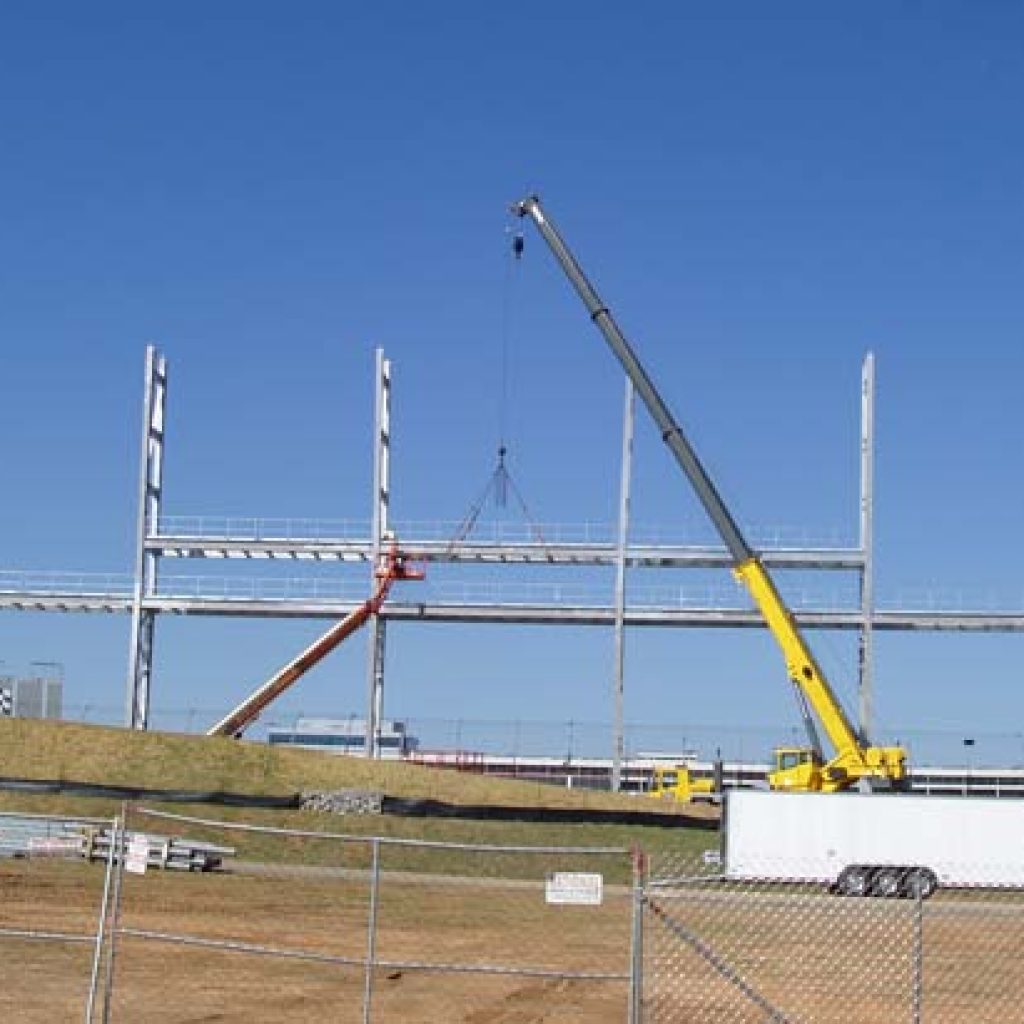 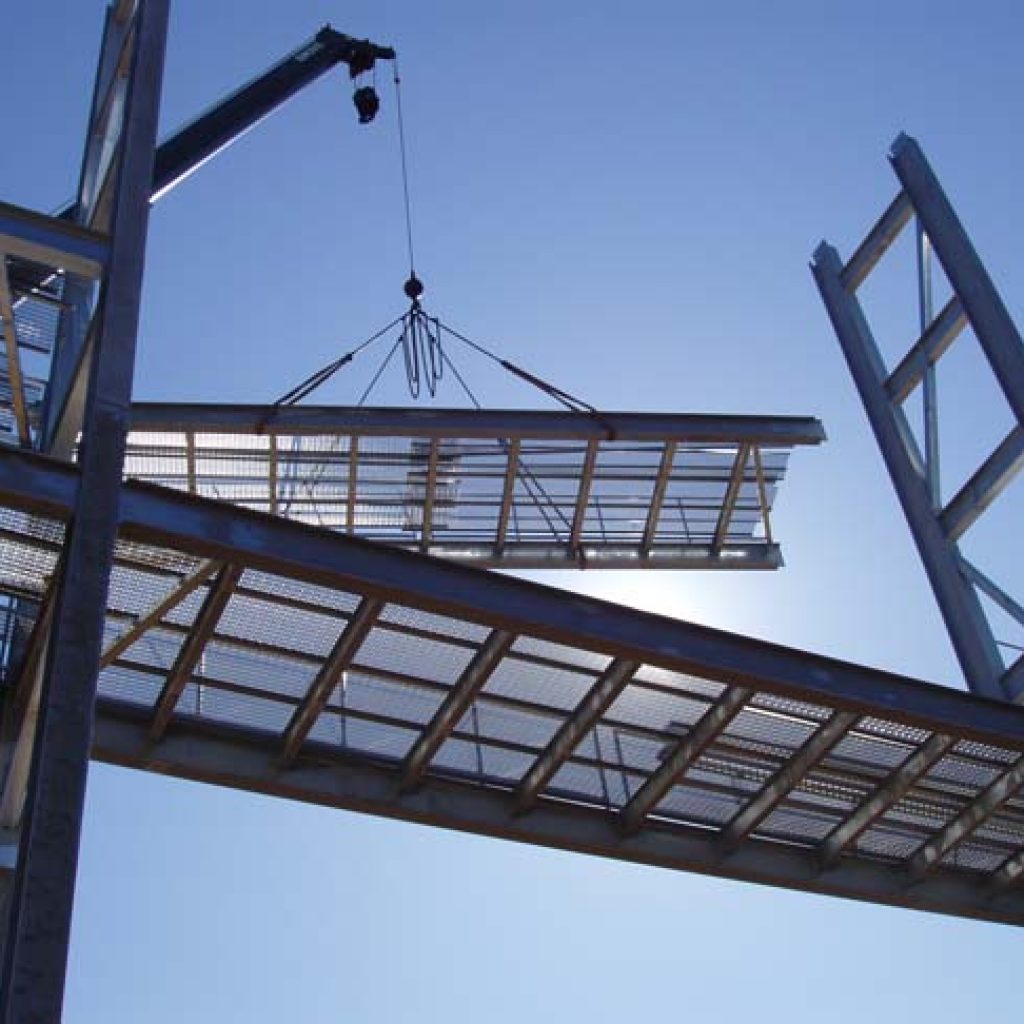