The new Visitors Center at Grandfather Mountain State Park was designed and built to withstand the extreme winter weather conditions, while blending naturally with the beautiful surroundings.  Galvan Industries was chosen to provide hot dip galvanizing to protect the exposed steel without the cost – or danger – of painting.

Grandfather Mountain is located in Linville, North Carolina. At 5,946 feet, it is the highest peak on the eastern escarpment of the Blue Ridge Mountains, one of the major chains of the Appalachian Mountains. On a clear day the site offers views of up to 100 miles from the peak.

Its natural beauty is undeniable. Grandfather Mountain rises more than 4,000 feet above the Catawba River Valley, and due to the considerable elevation gain the mountain boasts 16 distinct ecological communities. Two rivers originate at Grandfather Mountain, the Linville River, flowing east, and the Watauga River, which flows west.

It is known for its 228 foot long Mile-High Swinging Bridge, the highest in America, built in 1952 by owner Hugh Morton, and dedicated by then Governor William B. Umstead. The term “mile-high” refers to the structure’s elevation above sea level. The bridge links two of the mountain’s rocky peaks, and is known as the “swinging” bridge due to the suspension bridge’s tendency to sway in high winds.

High winds and extreme weather are not unusual on Grandfather Mountain in the winter. The mountain has experienced some of the highest surface wind speeds ever recorded, with unverified speeds in excess of 200 mph. Grandfather Mountain has recently upgraded their wind equipment in order to help resolve questions regarding these high wind recordings.

Specifier and lead engineer, Zeb Wells, from Sutton Kennerly, said the new visitors center is “built like a bunker” to withstand severe conditions. For example, Wells cited one three-month period when construction crews were only able to work for 17 days due to the extreme temperatures, snow and ice. The entire three-story structure was covered in 4 inches of ice during one storm when crews were able to reach the site.

The Wells’ prior experience with galvanized steel during the bridge reconstruction in 1999 led him to specify hot dip galvanizing for all exposed metal on the new center. He believes that it is the only choice of construction material suitable for the conditions the site experiences.

The bridge was rebuilt in 1990, keeping only the original towers. The cables, floor boards and side rails were all replaced using galvanized steel. One of the main advantages of the modern galvanized building materials is that they do not have to be painted. Thanks to this upgrade, Grandfather Mountain employees no longer have to hang out over the gorge to paint the span.

Hugh Morton inherited the mountain from his grandfather and developed it into a tourist attraction and nature preserve. He died on June 1, 2006 at the age of 85. Until 2008, Grandfather Mountain was privately owned and operated by Morton’s family. On September 29, 2008, North Carolina Governor Mike Easley announced that the state had agreed to purchase 2,600 acres of the undeveloped portions of Grandfather Mountain from the Morton family for $12 million. Grandfather Mountain State Park was officially established in 2009.

The new visitors center, operated by the Grandfather Mountain Stewardship Foundation, provides elevator access to the Mile High Swinging Bridge, making the span accessible to people with disabilities for the first time. It is about 50 yards from the building to the galvanized steel pedestrian footbridge and railings. The new construction is expected to provide decades of maintenance-free performance while blending in with the existing structures and the natural surroundings.

The facility is open daily all year (weather permitting). The two-mile summit road does not permit any vehicles over 28 feet in length because of the hairpin curves near the top of the mountain. 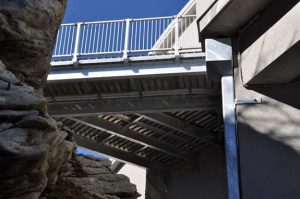 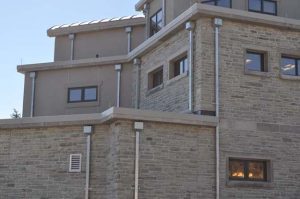 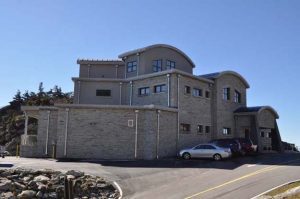 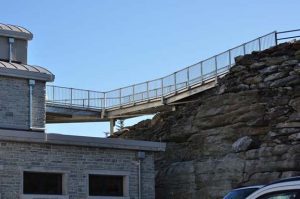 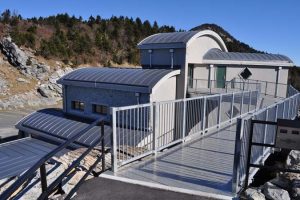 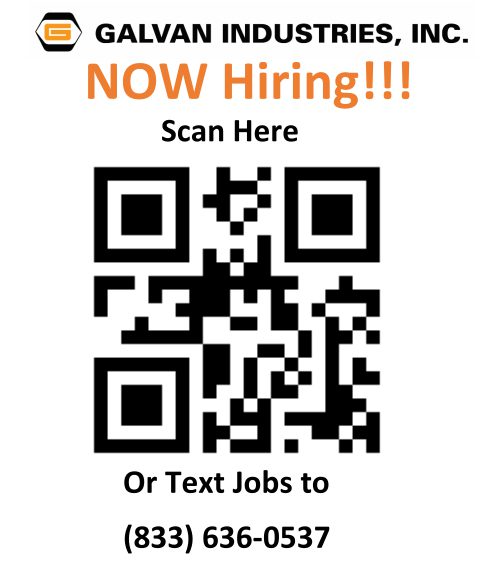