Galvan’s latest addition to the AGA’s online Project Gallery has a distinguished history.

Eighty-five years after it first opened in 1936, Charlotte’s American Legion Memorial Stadium completed a total reconstruction and reopened in June of 2021. It was originally dedicated to honor World War I Veterans and is a historic landmark in Charlotte, North Carolina. It was built as a part of President Franklin D. Roosevelt’s Works Progress Administration public works program.

The reconstructed stadium will hold 10,500 people and will host soccer games for the USL’s Charlotte Independence and other large outdoor events.

Hot-dip galvanizing was specified for several steel components of the reconstructed stadium. The first was the stadium handrails that go down each isle of the stadium stairs. Next was the large concession buildings that have galvanized columns, and steel framing to protect the exposed outdoor buildings for many years to come. Next were the gates and rails surrounding the playing field, keeping the crowd above and closed off from the field.

Galvanizing for the project started in the summer of 2020 and continued into May of 2021. Galvanized materials were staged at Galvan for easy shipment to the downtown location when the steel needed onsite. Exposed galvanized steel adds to the aesthetic appeal of the finished facility.

Galvanized steel will add decades more life to a facility that has already seen 85 years of history.

Located in Harrisburg, N.C., Galvan Industries has provided the ultimate in corrosion control to steel fabricators and manufacturers since 1958. The first hot-dip galvanizing operation in the Carolinas, the company has grown to become the largest capacity contract galvanizer in the Southeast. For details, or to place an order, call Galvan Industries at (704) 455-5102, Fax (704) 455-5215; e-mail: sales@galvan-ize.com. 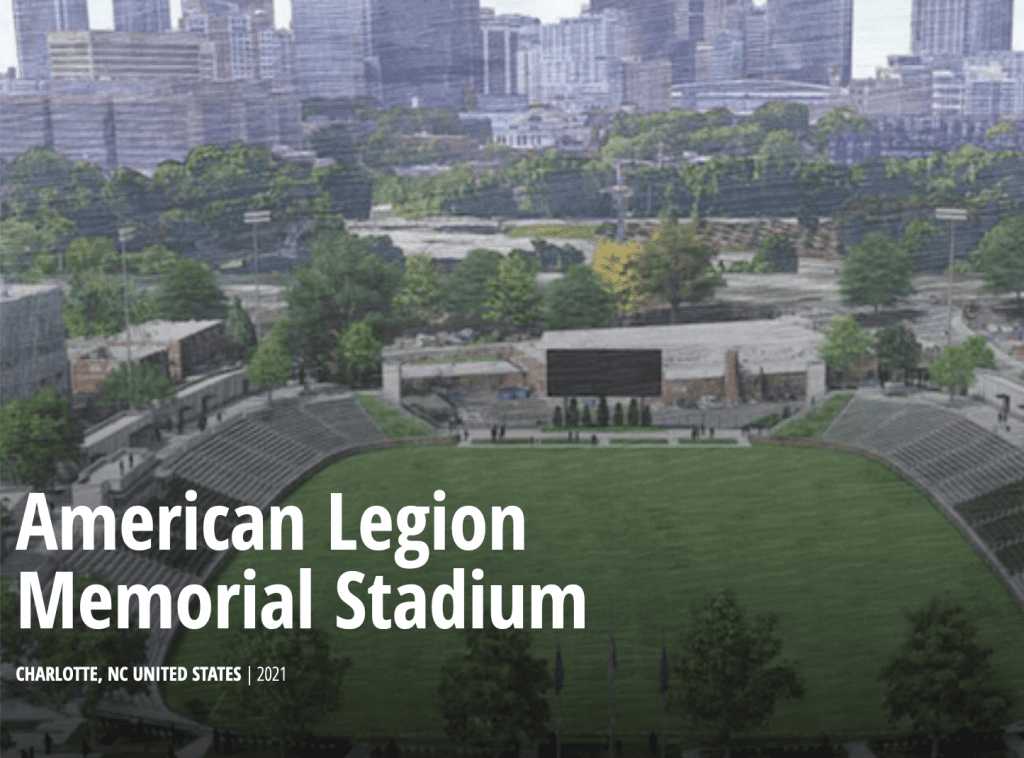 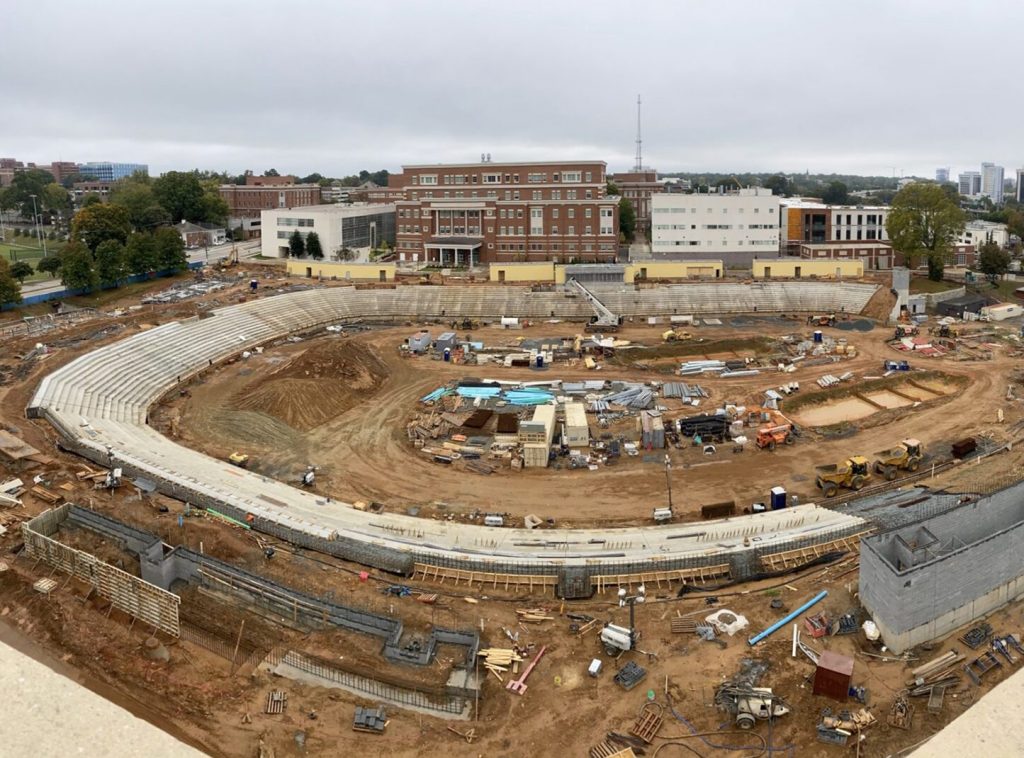 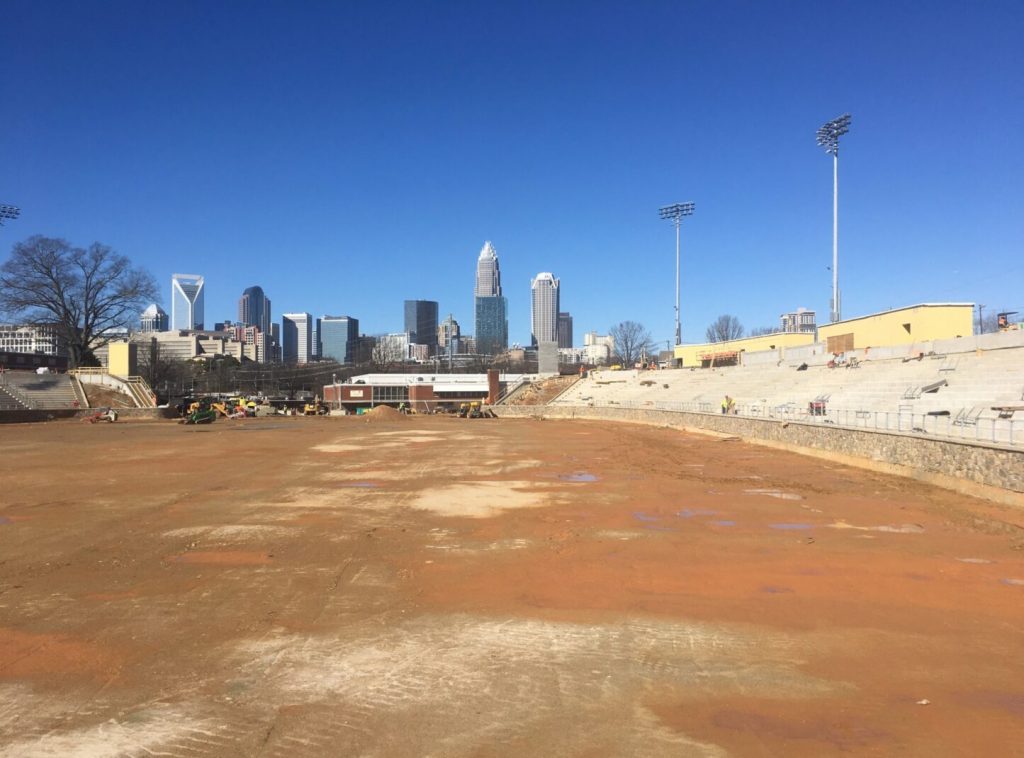 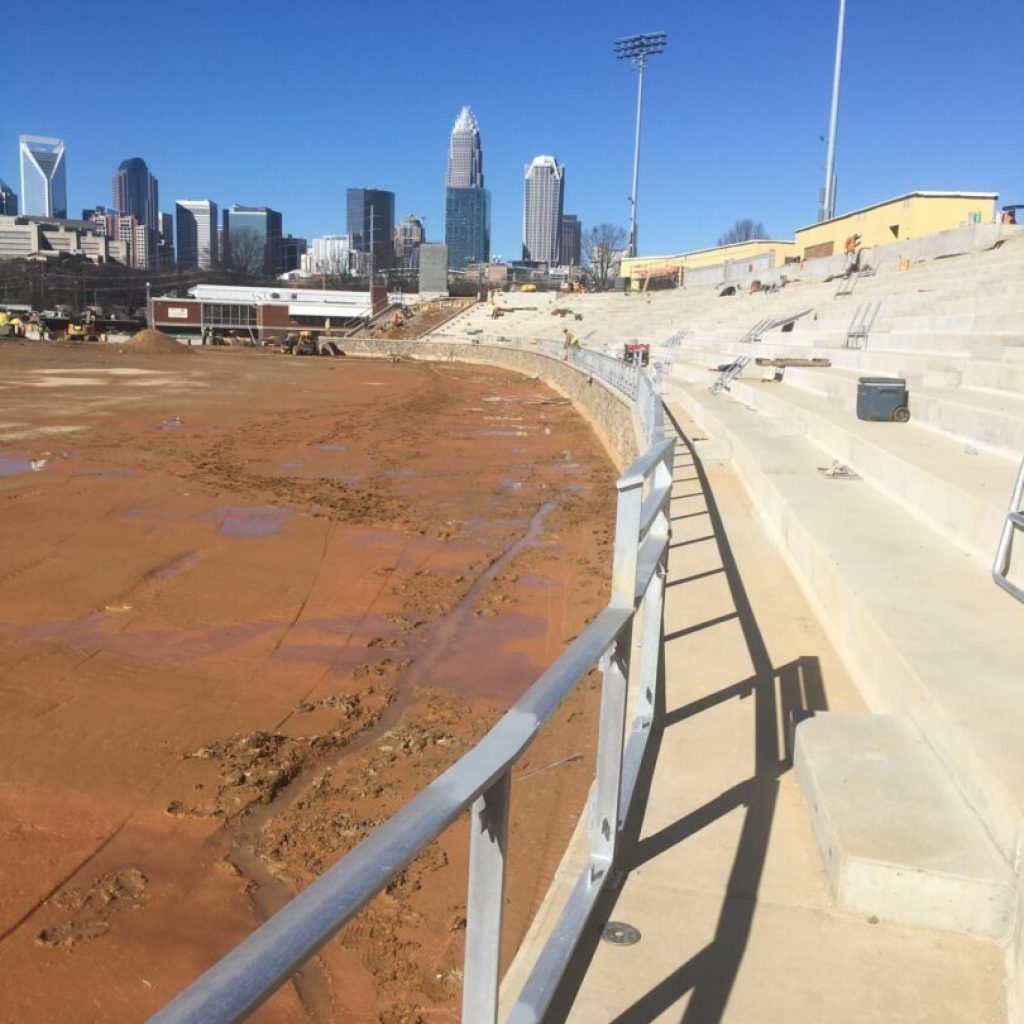 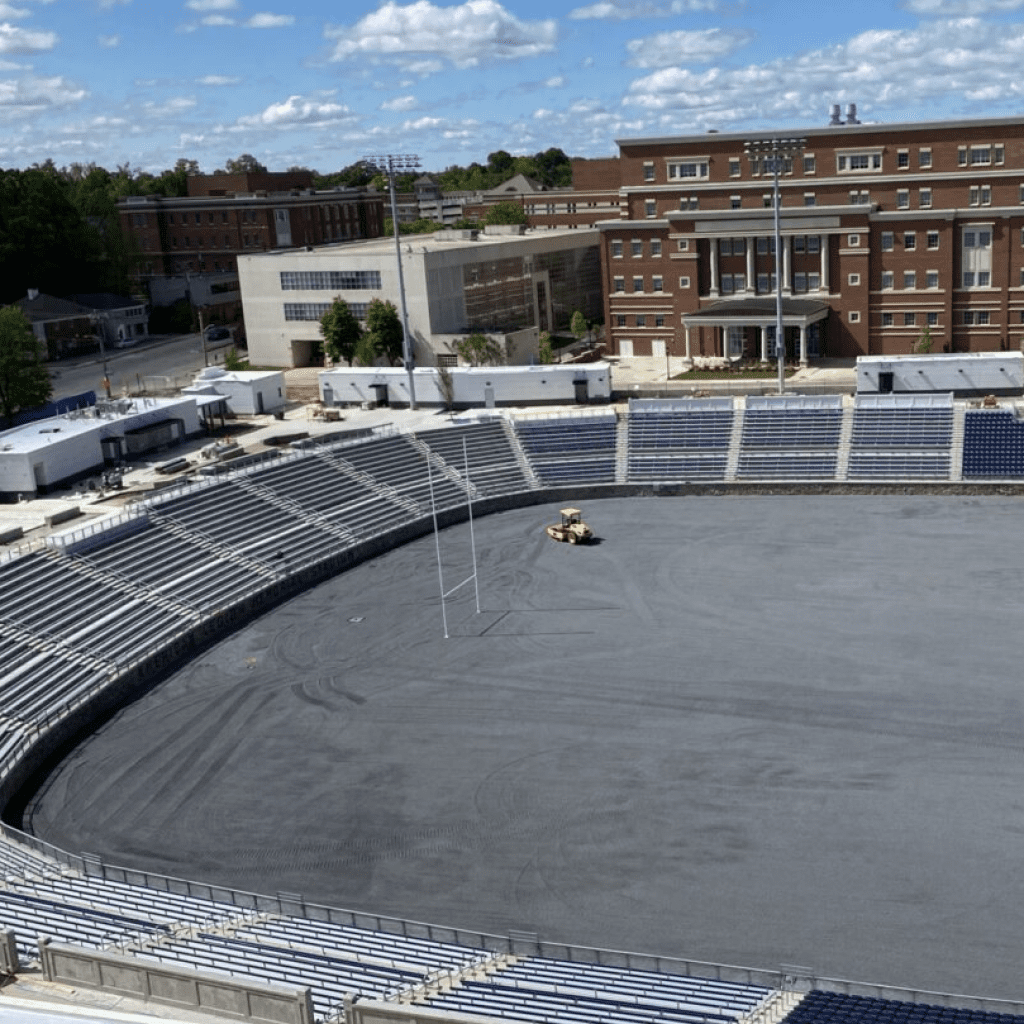 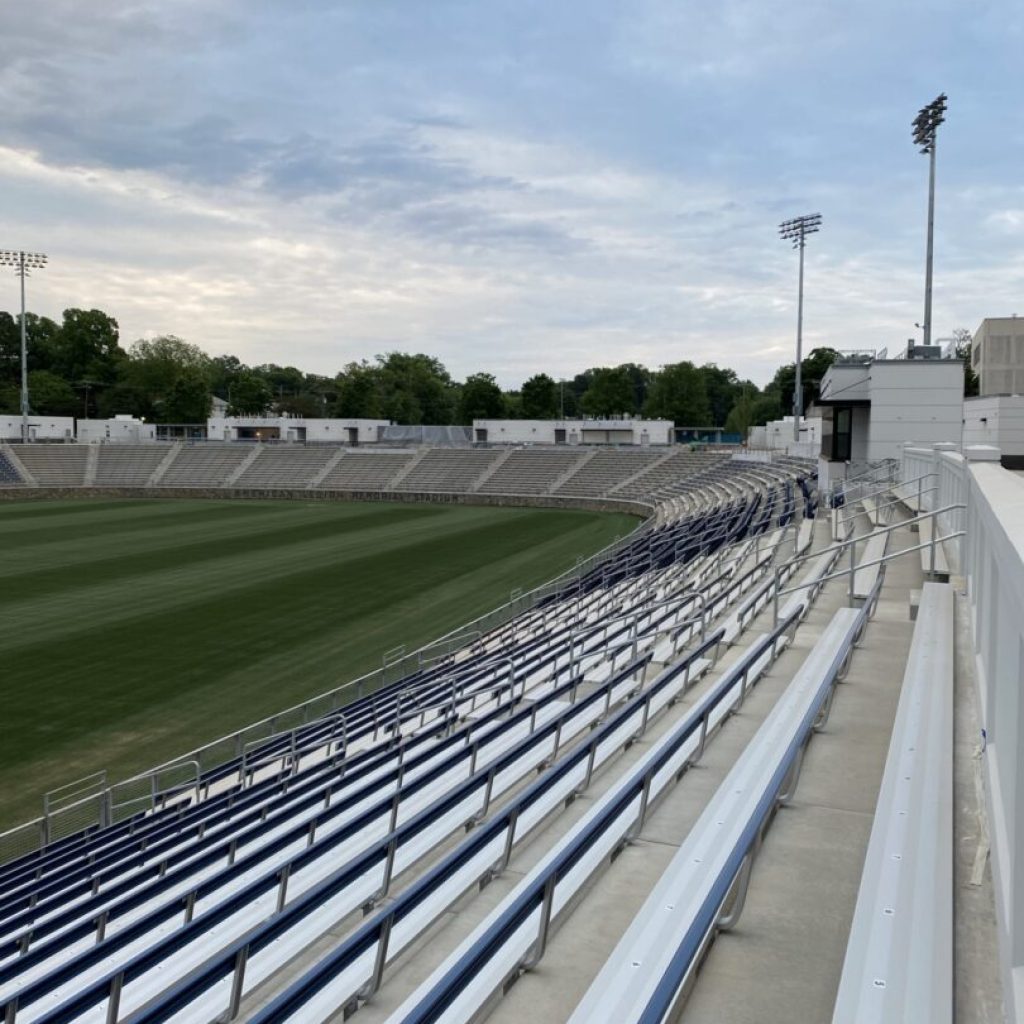 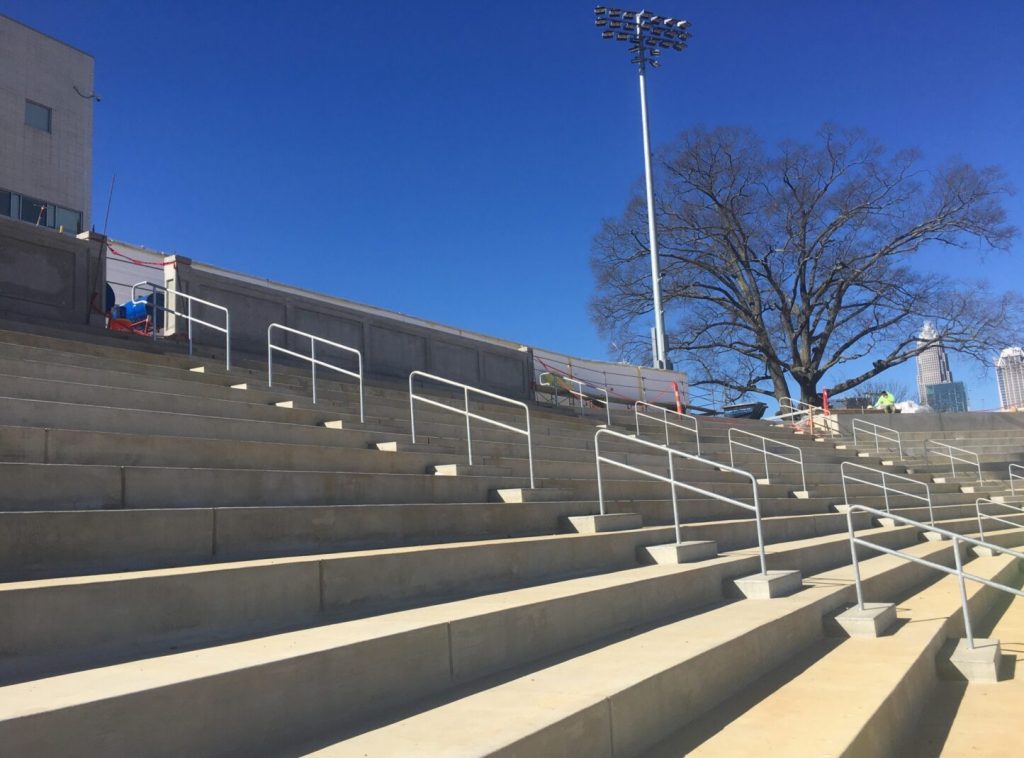 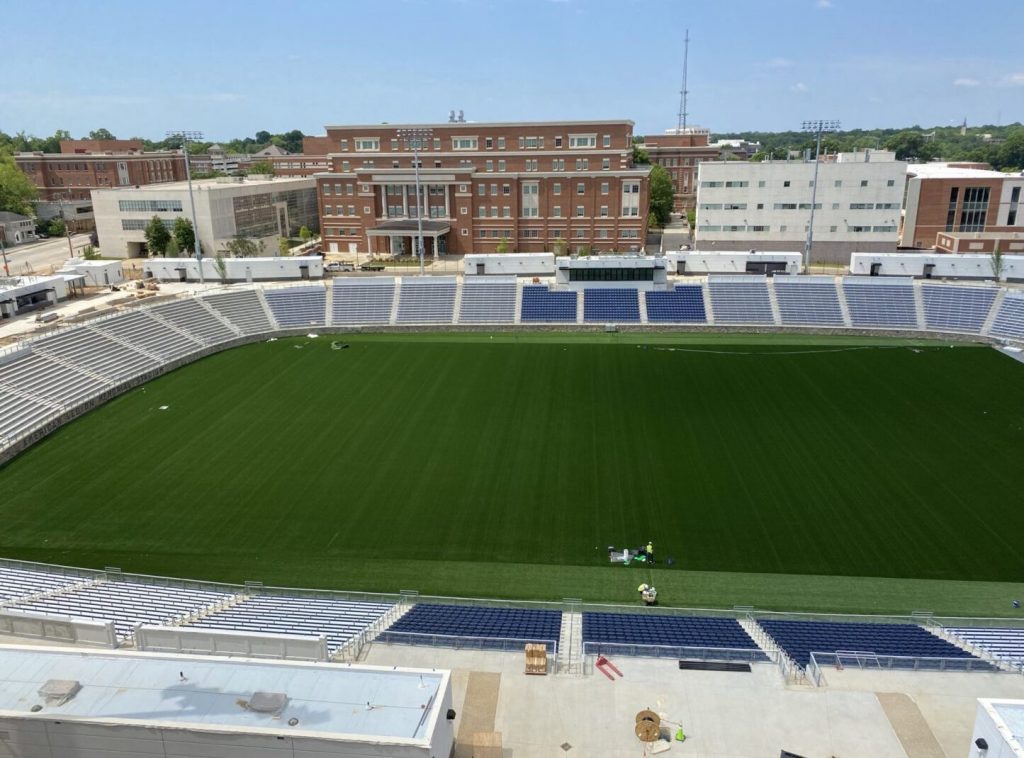 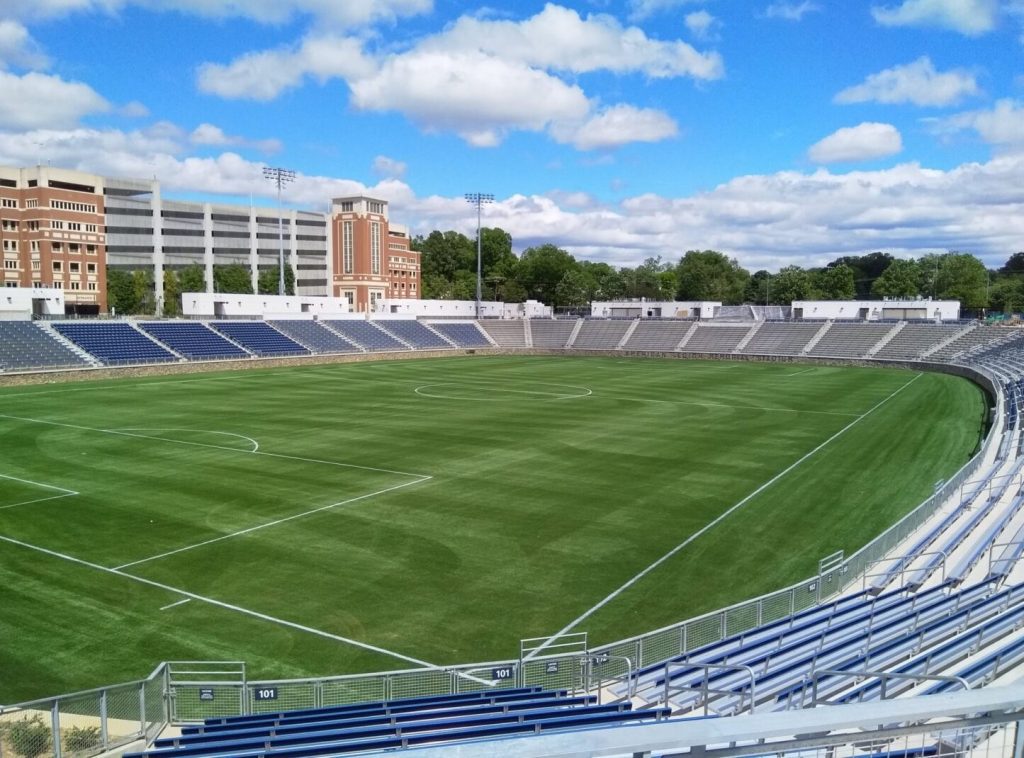