The Dragonfly has landed.

Operation Dragonfly is a community effort to establish a memorial park, including an OH-58D Kiowa Warrior helicopter, at the Captain Kimberly Hampton Library in Pickens County, S.C.

Capt. Kimberly Hampton, an Easley, S.C. Pickens County native, died when the helicopter she was flying was shot down near Fallujah, Iraq on January 2, 2004. Captain Hampton was the first female military pilot in United States history to be shot down and killed as a result of hostile fire. She was also the first female combat casualty in Iraq from South Carolina. Hampton was posthumously awarded the Bronze Star, Air Medal, and Purple Heart.

Efforts have been ongoing for years to establish a memorial park to include an OH-58D Kiowa Warrior helicopter at the site of the Kimberly Hampton Memorial Library in Easley, Pickens County, SC.

Mr. Jim Garrison created the rendering which has inspired many public officials and private citizens to support the concept. He and his wife, Betty Garrison, formed a committee to help push the idea toward reality.

The design envisioned by Mr. Garrison included mounting a helicopter, similar to the one Capt. Hampton was piloting when she was shot down, above four stone pillars. Steel pipe columns, eight inches in diameter, would be set inside the columns to support the aircraft.

Hot dip galvanizing was chosen to protect the columns and the connecting hardware from rust for decades to come.  The aesthetic of the matte gray galvanized finish also compliments the stone and military helicopter “hovering” above it.  Galvan Industries, Inc. provided the galvanizing service.

Special care was taken in the design and placement of vent holes in columns to ensure corrosion protection inside and out, and to prevent damage during the galvanizing process.

The most difficult part of the project for the committee was obtaining an appropriate helicopter.  That took years, and the efforts of many including S.C. Senator Lindsey Graham.

Finally, on July 15, 2019, Operation Dragonfly representatives visited the US Army Aviation Museum at Fort Rucker, Alabama and laid eyes on the helicopter that was awarded through TACOM (Army’s Donations Program) to Pickens County for the Captain Kimberly Hampton Memorial Park.

Now complete, the monument will stand as a testament to patriotic sacrifice for generations to come. 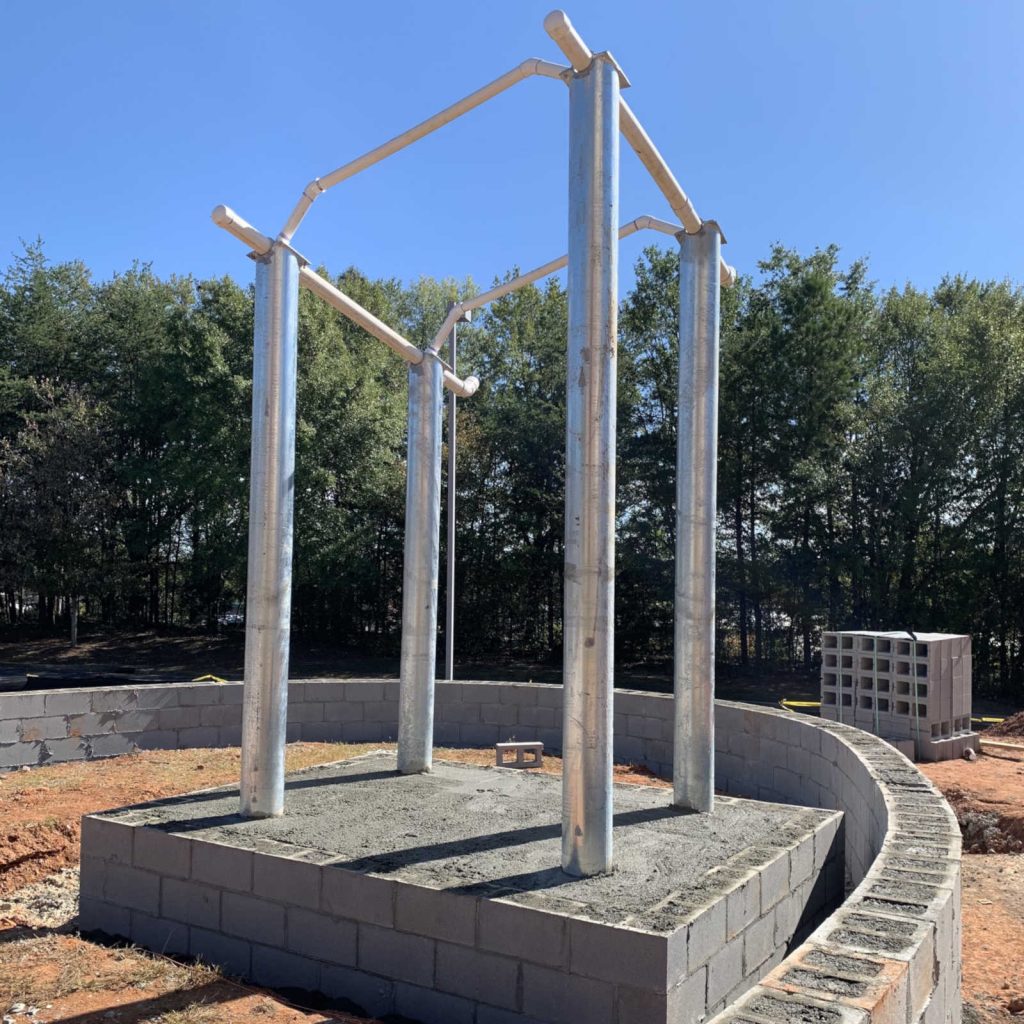