After the 491-stair, 315-foot climb to the top, visitors are greeted with a sweeping view of Lake Lure and the Hickory Nut Gorge below.

When improvements and repairs were needed to the many stairways and decks on the trail, Galvan Industries was chosen to rust-proof the supporting steel, helping protect the park’s investment and its visitors for decades to come.

Chimney Rock is one of the top 20 attractions in North Carolina. More than 253,000 visitors came to the park in 2017. The number grows annually. Galvanizing provides the highest level of corrosion prevention with a natural aesthetic that blends with beauty of the environment. 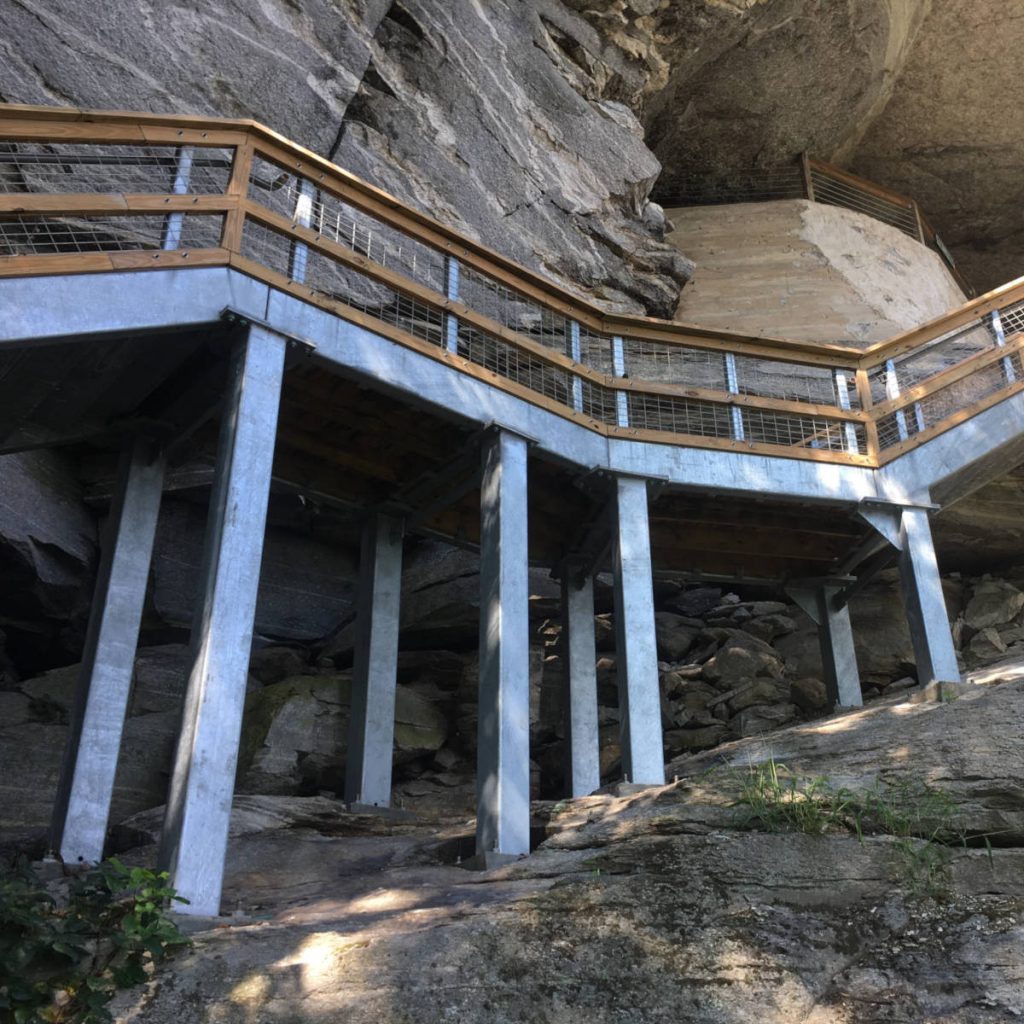 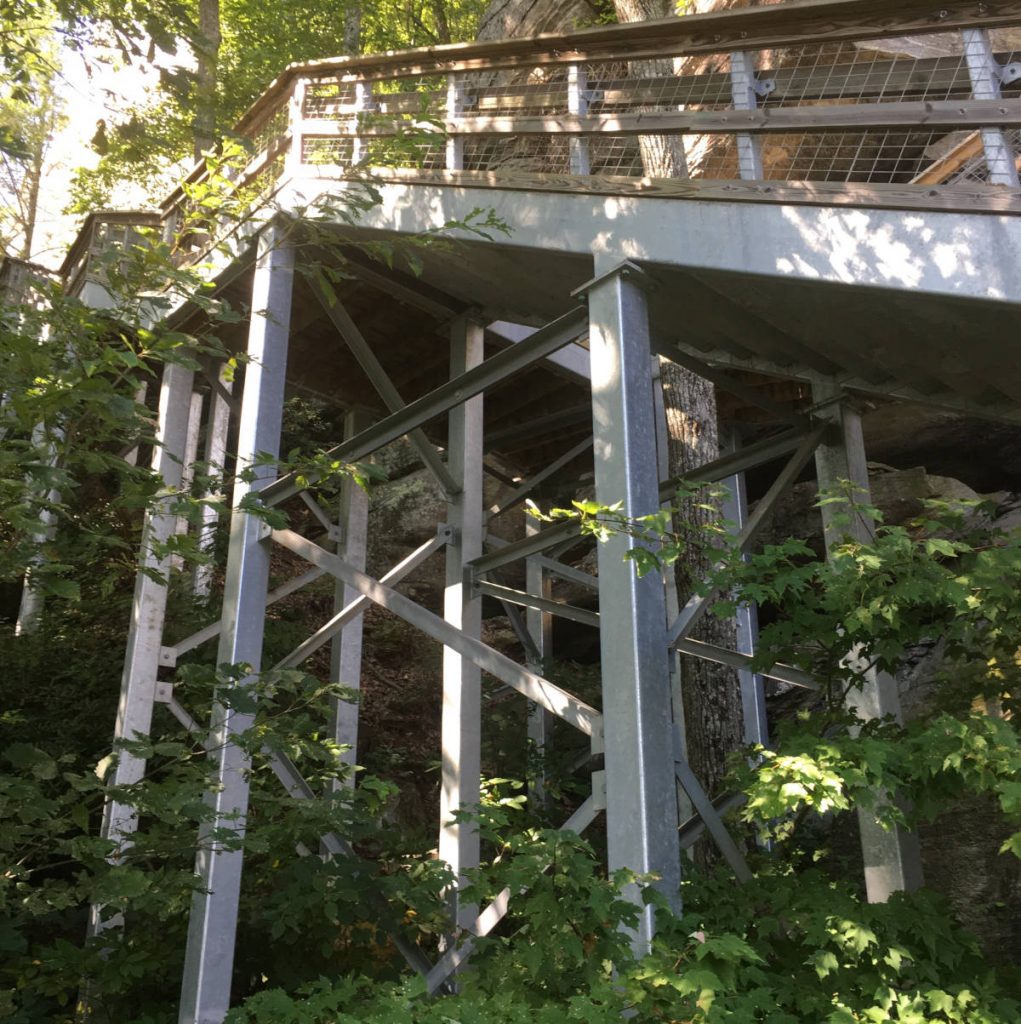 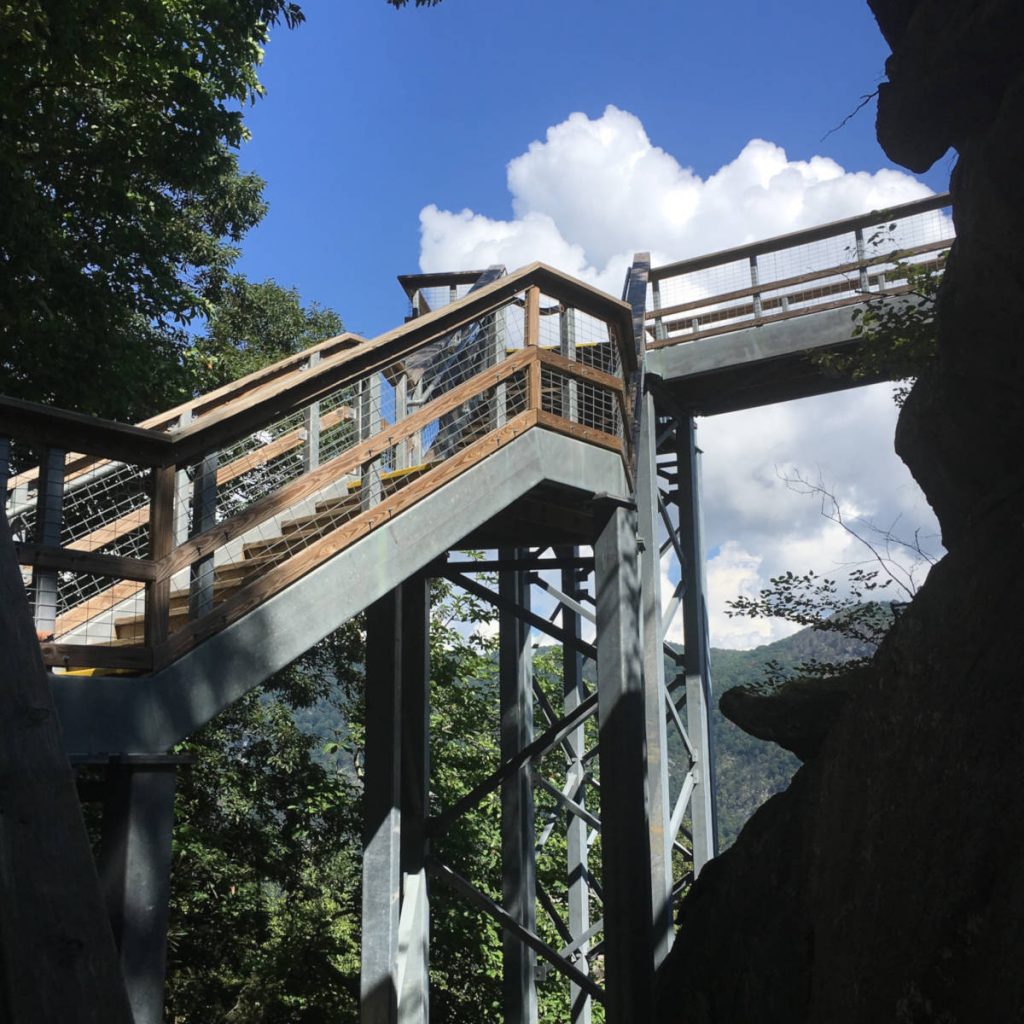